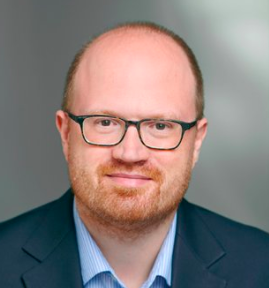 Communications managers of European companies will often struggle with media relations in the United States.

Yet is acquiring coverage in the Wall Street Journal, Forbes or TechCrunch really so different from anything that PR managers are tasked to do in Poland, Germany or anywhere else in Europe? The answer is not a simple yes or no.

What follows is a list of similarities and differences to keep in mind as you consider pitching your company’s news on the American market:

At the risk of stating the obvious, without real news value the news media will not pick up your story. Yet what actually constitutes “news value”? Communications scholar Dennis L. Wilcox found out that a story is news if it meets at least one of the following criteria: the news source has prominence, there was a significant impact, something happened for the first time, it was unusual or happened in close proximity to a media outlet and its audience, it pertained to a conflict, it was timely, or it concerned a human interest story. The more of these buttons you push, the higher your chances will be to see your story picked up by the media.

Although it is true that news value is composed of the same parts on either side of the Atlantic, it goes without saying that the American market is much vaster than any European country market is. More companies are competing with more stories for the share of mind of journalists and their readers. To stay within the conceptual language of the “news buttons”: when you pitch a story on the American market, you might need to push the buttons you have available harder, and proof points will help you accomplish that. There is no use making an announcement on a new initiative (whether that be a new product or service or a partnership, etc.) if there are no hard numbers available to buttress the claims you make. This applies to pitching to TechCrunch or any other tech or business outlet.

A bigger, more active market means that journalists receive more news pitches. Calling a journalist at a national media outlet like Forbes or Wall Street Journal to pitch your news is not an option on the American market. Also outreach through social media is not appreciated by a large majority of American journalists. In fact, the Cision State of the Media Report of 2016 confirmed that American journalists (an overwhelming 93% in this survey) want to be pitched through email only. This puts more pressure on a PR professional to get the email pitch right the first time. And it means mass emailing a news pitch to media outlets will almost always backfire. Why? The greater the competition, the greater the need for a strong, personalized message to win a busy journalist’s attention.

We talked in previous points about specific challenges that come with media relations on the U.S. market. But there is also good news. There are 24 official languages spoken in the European Union. Actually, beneath that number is still a higher level of complexity because media relations experts will for example not send the same release to a Dutch audience that they send to a Flemish audience, even though the official mother language of both groups is Dutch. When it comes to languages in the U.S, simplicity reigns supreme. All American media relations can be conducted in English, unless you are reaching out to a hispanic media outlet, which can be done in Spanish. That homogeneity can translate into a lower overall per capita cost to pitch a massive market like the U.S. compared to pitching the entire E.U., where localization and language differences would require native speakers. That said, pitching across the U.S. is no small task and will cost a significant amount more than what it takes to conduct a media relations campaign in a single E.U. country.

While the U.S. certainly does not compare to the widely varying linguistic differences found in Europe as mentioned above, there are nonetheless different cultural nuances between states and regions of the U.S. In other words, there is a strong need to localize a news pitch if you are pitching in the state of Texas, and particularly if you are pitching in Houston versus Dallas or Austin. Pitching journalists on the East Coast is different from the West Coast. Financial reporters on Wall Street for instance will prefer a more formal approach compared to tech journalists based in San Francisco. So while the cultural differences may be more pronounced between Spain and Germany than Florida and California, it still pays to know how a journalist’s geography could factor in when sending out your news pitch.

When European companies pitch journalists in their home markets, the size or materiality of the news is less of an issue. In the U.S., however, size is everything. Some of the world’s largest tech brands are born (daily it seems) in Silicon Valley, NYC, and even here in Austin. What may seem like a large company for a company based in Norway, Italy or Belgium, may be so small on the U.S. as to not even register as a blip on the radar of a busy tech or business journalist. So, when considering a media relations strategy for the U.S., it pays to bring impressive numbers for key measurables like revenue, growth rates, funding rounds, etc.

About Swyft: Swyft is an independent marketing and PR agency serving B2B technology companies seeking to accelerate their growth. Swyft has offices in Austin (HQ), Houston, Denver, and Antwerp.